Several days ago, we got torrential rains in Fairfield County, where I live.  In fact, Westport got 6.88 inches of rain!  Some of my readers know that we live in an earth-sheltered house (grass on the roof, deer roaming above us); the rain, however, did not affect our structure at all.  No leaks, no damage.  There was, however, one result we did not expect.

At night, I heard a scratching noise and animal-like sounds that were not at all familiar to me.  When I looked where the noise was coming from, I saw that two skunks must have gotten swept over the side of the roof into our small courtyard in the rear of the house.  They were trapped!  My husband and I tiptoed away, closed the door to the bedroom that leads to that courtyard, and pondered our next move as the skunks continued to fight and destroy the screen to the bedroom. 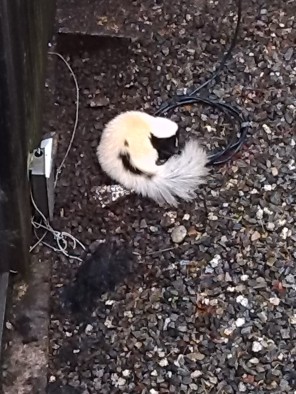 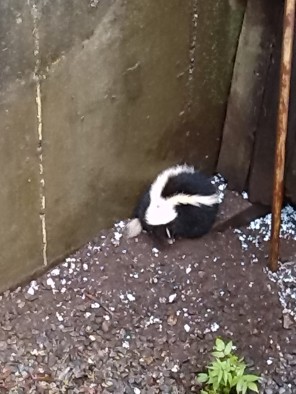 The next morning, the two disoriented skunks were quiet and mostly still (they’re nocturnal, after all).  We phoned Animal Control and a young police officer came out, depositied some smelly cheese (skunks like that, she said) into our large garbage can and lowered the can with a long strap attached to it into the courtyard, hoping to trap them and use the strap to pull it up. 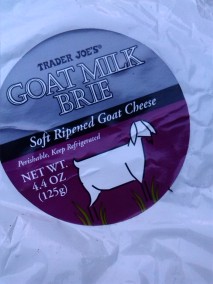 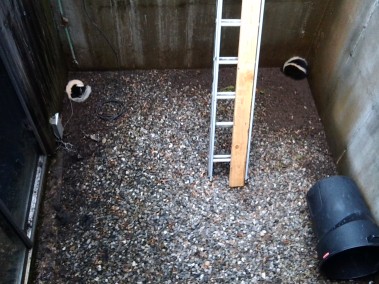 We put a plank down for them to climb out!

Meanwhile, much digging continued as the skunks tried to find a way out.  Since our foundation is cement, they didn’t get far, but did damage to the flooring of the courtyard and pulled away some wooden siding.  Here’s what the screen looked like: 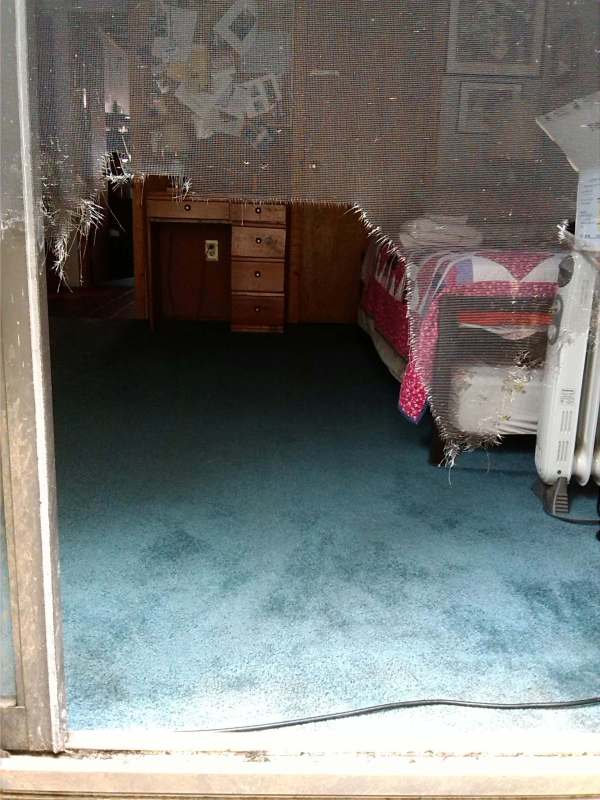 The following morning, I looked and didn’t see them!  I concluded they were in the garbage can, hoisted it upright and looked in.  Sure enough, there they were (or so I thought it was “they”), peacefully napping.  I told my husband I would pull the can up and let them go into the woods but he insisted on calling an Animal Control company to take them away to give him peace of mind that they were gone.  How many do you see? 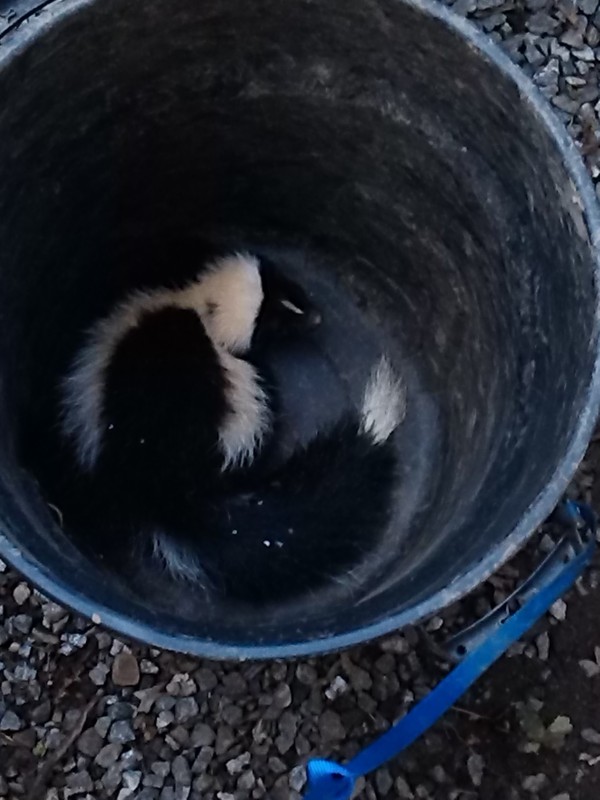 When the service man came, he only saw one very large skunk in the can; we all deduced that the smaller of the two managed to escape by climbing up the wood siding. 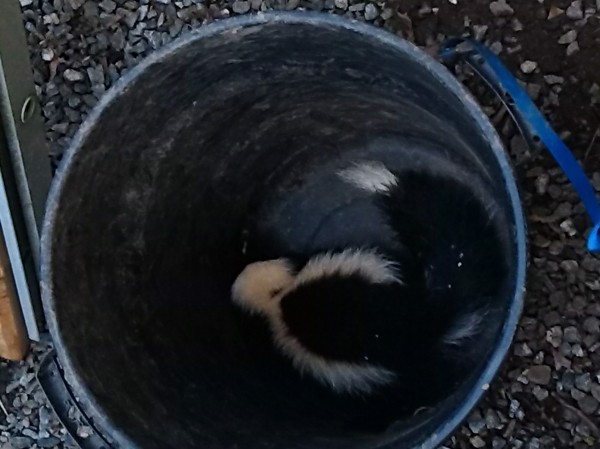 And that concludes my story of woe.  Only once before had an animal ever gotten trapped in that courtyard and it was a small mouse that, once dead, was removed by my daughter, the scientist.  Has a deer ever fallen into it?  No, and let’s hope one never does!