There’s a location on my property that for years has been called The Crash Spot.  You don’t need much imagination to figure out how it got its name.

I (used to) pull my car in facing the house and then, to leave, would have to back it up to head down the driveway. If there was a car parked where I was doing the backing up, it was in danger of being hit.

The first car I banged into was my cleaning lady, Gilda’s car.  It was a long time ago (I’ve since had 4 different cleaning ladies over about 30 years) and I think I gave her money to have it fixed.

The second car belonged to my friend, Marci.  She came to my house in her brand new car to spend a day with me at the beach.  Bang!  When she got over it, we went to the beach and, luckily, my husband was able to pop the dent out.  (Almost) good as new.  She was satisfied when we returned.

The third (and last) car I hit belonged to friends whose car was on lease to be returned the next day.  I actually saw it before getting into my car and made a “mental” note that it was there.  Obviously, I am mentally challenged because I hit it anyway.  I insisted on paying for it, but luckily, my friend did not get charged by the dealer since there were some other dings as well and apparently you are allowed a certain number. 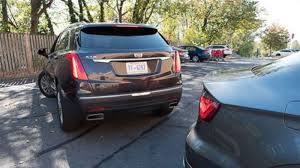 From that day on, I vowed I would never hit another car by backing up.  To that end, I always backed into a spot (especially at a restaurant if a glass of wine was going to be consumed) and made sure I was facing out at my house.

I have recently reversed that decision (pun intended) and now pull in forward.  Why? The high-tech device my new car came with, that I resisted for months, has proven to be a miracle: the rear camera!  Because of severe arthritis in my neck, turning around is always a problem. Now I use the camera all the time, never hit anything and enjoy not having to back into parking spots anymore! 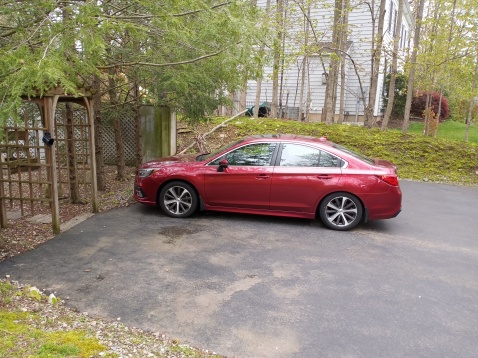 NOW I CAN PARK FACING IN!