Surely if you’ve searched for this post using “mathematics” as a topic, you’ve heard the story about doubling a grain of rice every day for a month. With students, I would substitute money which is a lot more engaging to an eighth grader for whom rice is something that Chinese food sits upon. In case you need a refresher, if Mom offered you the choice of giving you an allowance of $100 a week for a month or, instead, a penny a day doubled for the month, which would be the better deal? Students think, “Hmmm, $400 sounds pretty good to me!” until I show them the simple Spreadsheet that amounts to a neat 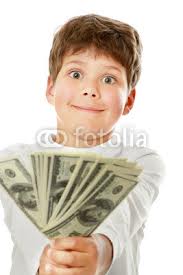 I let some time pass before I pose the next question: A sheet of newspaper is .003 inch thick. I place one sheet on the floor. I then double the stack by placing another on top (I now have two sheets.) I double a second time, placing 2 sheets on top of the 2 already there, for a total of 4 sheets. After I do this 10 times, I have a stack about 3 inches high. How high is the stack after doubling 50 times? 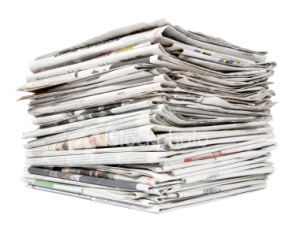 Many students will think, “Hey, this is a simple proportion problem. Let’s see, 10:3 as 50:x” and they arrive at the answer “15 inches!” Other guesses include 3 feet, 5 feet, maybe 10 feet. The answer surprises most, but when you see it in a calculator, it is all clear. Scroll down for the Ah Ha moment: 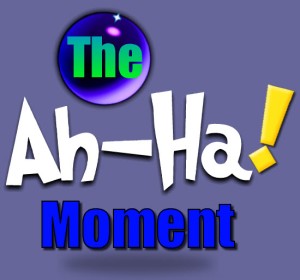 This is a lesson in exponential expansion.

First, determine how many sheets of newspaper there will be: 2^50

Secondly, multiply that by the thickness (.003”) of each.

Then use dimensional analysis to convert to miles and the answer is:

or, more than half the distance from the earth to the sun!