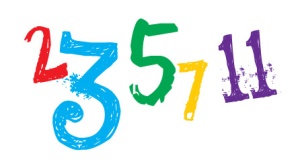 Prime numbers have fascinated mathematicians for centuries. Euclid (“The Father of Geometry”) was the first to prove that there is no greatest prime in what is a simple and easy-to-follow proof, beginning with the assumption that there IS a greatest prime. In the mode of Indirect Proofs, he then – in a few short steps – showed that such an assumption leads to a contradiction of the given, leaving the only other choice– that primes are infinite – to be the correct one.

Goldbach, an 18th century Prussian-born mathematician, intuited the following: Every even number greater than 2 can be expressed as the sum of two prime numbers. This assumption is still known as Goldbach’s Conjecture, rather than his Theorem, because it remains unproven to this day. He did not assert the uniqueness of the statement because it is easy to see that the sum can be expressed in many different ways. For example, 46 (an even number greater than 2) = 17 + 29 (the sum of two primes.) But, here are two other solutions for the same number: 46 = 23 + 23 and 46 = 5 + 41. There are more.

The study of Twin Primes has also intrigued many. A twin prime pair differs by 2, for example, 17 and 19; or 59 and 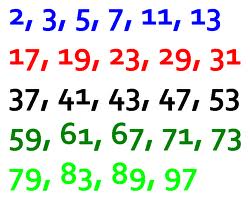 61. It has been conjectured, unproven as well, that the pairs of twin primes are infinite.

Sophie Germain (1776 – 1831) (one of the few female mathematicians) also did a lot of work with primes. In fact, we call a prime (p) a Germain Prime if 2p + 1 is also a prime. The first few Germain primes, therefore, are 2, 3, 5, 11, 23, 29…. Sophie’s parents did all they could to discourage her from studying what was then considered a man’s realm. In spite of this, she learned much and corresponded, using a male pseudonym, with two brilliant mathematicians of her day, LaGrange and Gauss. Lagrange was amazed that the author of the work sent to him was actually a female, but, recognizing her abilities, he became her mentor. With a male to introduce her,

Sophie was then free to enter the circle of scientists and mathematicians forbidden to her before. She went on to prove a theorem that was a major breakthrough in proving Fermat’s Last Theorem (not fully proven until the end of last century.)

A Mersenne prime is one that is one less than a power of 2 (2^n – 1), for example, 31 is a Mersenne prime because it can be expressed as 2^5 – 1. The Great Internet Mersenne Prime Search (GIMPS) consists of a large group of volunteers using super computers to find such numbers for monetary awards. The largest currently known prime of this sort is 2^43,112,609– 1 and was found by electrical engineer Hans-Michael Elvenich on Sept. 6, 2008. It has 12,978,189 digits. If each digit was .25 inches wide and took one second to write,  it would take approxim