To Sleep, Perchance to Dream…

Have you ever had a dream about someone you hadn’t seen in many years and shortly thereafter, saw or heard from them? Or one about someone you haven’t seen for many years and don’t have any clue why they came into your subconscious at this time? Have you ever dreamt of something happening that occurred a day or two later? All of these have happened to me and are documented in my “Dream Notebook.” 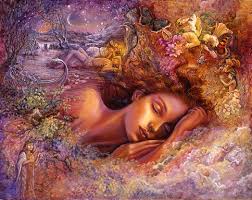 In 1953, my family and I moved from the Bronx to Queens. In 1965 I had a dream about friends of my parents, Gus and Al Keary, whom neither my parents nor I had seen during all that time. The very next day, while in a local diner, I saw them! I went over, said hello, and told them I dreamt about them the night before. It sounded so inconceivable then and does now as I write it that I’m sure they didn’t believe me.

One night, around 1965, I dreamed of being pursued by thieves who shot me in the middle of my forehead. The next day, at my friend’s house, we were fooling around and she accidentally shot a rubber band that landed in the same spot where I had been “shot” in my dream!

A long time ago, I had a dream in which my then husband along with my best friend Marilyn and I were in my parents’ house and we were so hungry I made spaghetti with Italian sauce that my sister had shown me how to make. Next morning, after not hearing from her for an uncharacteristically long time, I answered the phone to hear her ask me for my sister’s recipe for tomato sauce!

I was in Montreal in a motel with my then husband in 1967 and I dreamt that he was a parachutist who fell and broke his leg. In the morning we put on the radio and the news reported the loss of some parachutists over a body of water. 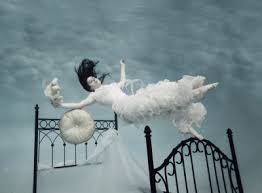 Sometimes I dream of someone and I wonder why did this person appear to me? What might be happening in his life at this very moment that might need to be attended to? In 1981, I taught at a school and was friendly with a fellow math teacher, Dick. I haven’t seen him since then. While we were both there, he had a terrible accident at home with a chain saw and almost lost his foot. He appeared in my dream and I said to him, “Let me see the toe you almost cut off,” and he reminded me that it was his foot that had been injured, not the toe. He was fine (both in real life 30 years ago and in my dream). I have no idea why I dreamt about him.

I love to sleep and I love to dream. My dreams are stories that I enjoy reading time and time again!