An Ode to My Best Dish 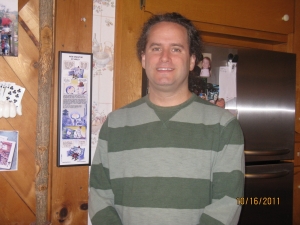 My son, Lewis, lives in San Francisco so I don’t see him all that often. When I do, I love to watch him enjoy his favorite foods and take him to his favorite places in town. Lewis is a talented spoken word poet as well as an inventive writer of poems and stories. I’ve reprinted one of his poems that pays tribute to a dish I do best, my eggplant/chicken parmagian. But first a story from a long time ago:

Picture it: 1972 (before Lewis was born). My then husband and I were entertaining a close friend and I had made my famous eggplant/chicken/shrimp parmagian, which was almost ready to eat. They left the house for “a few minutes” that turned into over an hour and I was steaming. I wouldn’t give them the satisfaction of calling them with a dinner bell; I went upstairs and sulked. But, before I left the parmagian to their eager hands and mouths, I just couldn’t let them mangle it, so I drew out a PARMAGIAN MAP letting them know where each of the ingredients could be found. That’s how serious I take my parmagian.

No recipe is going to be included here. The entire process takes about 6 hours, including the clean-up. Suffice it to say, I start out by making my own sauce.

Then, my husband and I spend a few hours frying up about 5 eggplants and 20 – 30 pieces of chicken breast.  We bought a special electric frying pan for this!

I assemble the ingredients in piles of 3: always eggplant, chicken, eggplant in large pans that are then put in the freezer. When entirely frozen (2 days) we separate each pile (about 2 dozen or so) and use the food vacuumer to keep fresh. When Lewis comes home for a visit, I always have one or two for him.

Waiting, after a long time away from home, for me.

She makes it once or twice every year

and layers the chicken with interlaced eggplant layers.

Made in gigantic tub-filling proportions.

An ancient chicken-eggplant formation of the southwest after a rich iron flow.

After the parm is done

that’s what we call mom’s parmesan by the way,

She freezes almost all of it

challenged friends, and her overly-appreciative son

for the upcoming year.

The eggplant skin, the purple barely visible, providing a bit of a challenge to cut, if only

using a fork, which is all I usually use- the side of the fork, pushing down. May as well use a spoon, but I think if I did I would be off the parm-recipient list!

My mom, happy, energetic, smiling, happy to listen as I tell recent tales of Lew-dom.

piece, and how many pieces are left and who got cut from the parm rations this year and why and

I find it very amusing and