I just finished reading a book that had a profound impression on me. It wasn’t particularly well-written but it told the riveting story of a recent crime that shocked the nation, from the point of view of the victim. In June of 2002, Elizabeth Smart, a 14-year old Mormon girl living in Salt Lake City, Utah, was aroused from sleep in a bedroom she shared with her 9 year-old sister, and abducted by a crazed religious fanatic, Brian David Mitchell. The book, called My Story, written by Smart with the help of Chris Stewart, was remarkable in many ways.

Mitchell threatened Elizabeth with a knife, telling her he would kill her entire family of 4 siblings and parents, if she didn’t obey him. With just her pajamas and sneakers, she was led outside and forced to trek up a mountain to a campsite where Mitchell’s “wife,” Wanda Barzee awaited. She was “married” to Mitchell, raped by him every day, made to 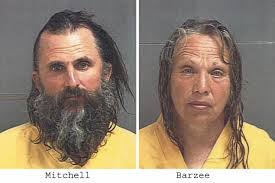 perform unspeakable acts of sexual perversity, forced to drink alcohol, which was against her religion, starved and held captive under squalid and degrading conditions for 9 months. Although at times the three wandered among people on the streets, on buses and in stores, she was so controlled by him and convinced that if she dare make a move to free herself, he would kill her entire family, that she never once revealed herself to anyone.

The story is one that can be read and, if you are like me, you probably followed it in the news for the 9 months that she was in captivity. But her book reveals to the reader the question on everyone’s mind: how did she survive the awful conditions and how did she heal?

During her ordeal, she attributed her strength to her faith and the belief that her parents would not give up hope of finding her. She also felt the presence of her recently departed grandfather who appeared to her in her prayers and gave her spiritual guidance. She constantly prayed and had faith that someone would recognize her so that she would be free without disobeying Mitchell’s warnings to her.

Throughout the book, I kept thinking, “this girl had to have many years of therapy after that experience.” I was wrong. She never sought counsel from a therapist, eschewed medication, and relied solely on her faith, her family and her inner strength. Upon returning home, her mother said, “Elizabeth, that man stole 9 months of your life; don’t let him have a second more.” That proved to be a mantra for her. She also attributed three other things to her healing process: the peace she found by horseback riding with her Grandpa Smart, playing the harp and constantly reminding herself of the gratitude she felt for the many people who helped her along the way (for example, strangers who fed the three or gave them rides as they hitchhiked from Utah to CA and back) and for those who kept up the search. 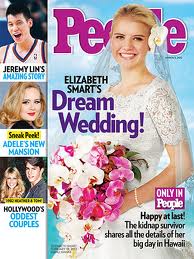 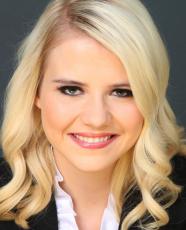 Elizabeth is a remarkable young woman who endured a horrific experience to overcome it, endure, prosper and live a happy and productive life!