Does it seem odd that any time that the weather glitches, weathermen report from the “Storm Center?”  The other day, a perfectly fine autumn day in the Northeast, a low front was coming through and with it lots of rain was predicted.

No longer was there a weather report, but a Storm Update.  When snow is even hinted at in the forecast, the meteorologists get the listener so crazed to expect a major event that they rush out to stock up on supplies.  What is it about the weather that we always complain in the summer when it’s too hot and in the winter when it’s too cold when isn’t that the way it’s supposed to be??

I have never been a sports enthusiast or spectator.  Although as a kid I played volleyball, tennis and softball in camp (and pretty well for a kid from the Bronx), I never got into watching sports on TV.  Last week, when I heard all the talk about the World Series, and that one team hadn’t won in 108 years, the other in 68, it sounded too exciting to miss.  So I watched games 6 and 7.  Exciting it was!  But let me ask you this … how long can you endure watching grown men spit? Ewwwwwwwww!  I

understand that, in order to not promote a “dirty habit,” they no longer chew tobacco (I don’t believe that; I saw one player with a huge wad of something in his cheek).  Instead, they chew gum or place sunflower seeds in their mouths and spit out the shells (full

disclosure: I love to do that, but not in public).  Did anyone else get bothered by such a vulgar display of grossness? 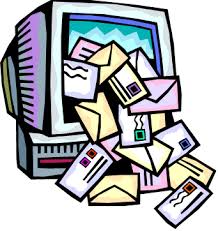 I have a few friends with whom I communicate by email; we don’t live close enough to visit and the phone often doesn’t work as well.  A typical email from one (let’s call her Fran) might go like this: Subject Line: New chicken recipe.  Fran attaches a wonderful new recipe her daughter-in-law made for dinner that included some interesting ingredients: peaches, cloves and cranberries.  My response, after thanking her for the 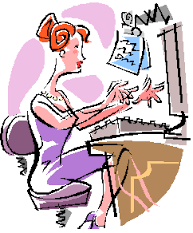 recipe, was to tell her a story of my daughter who belongs to a food-sharing coop and finds new veggies with which

to experiment.  Fran responds with a story about her daughter recovering after a nasty bout of a cold and I respond about my husband and I needing to remember to go for our flu shots next week.  Fran returns with a story about giving blood at a lab and getting a big black and blue mark because the phlebotomist was incompetent.  At that point, my phone rings and my granddaughters call to say hello.  After chatting for a while, I return to my conversation with Fran and tell her about the little one, Lila, who is taking piano lessons, and the big one, Ava, who is progressing well with acting.  By this time, we take a break for dinner, TV, etc., and I return for one last email from Fran: She tells me that she’s going to sleep so that she can be rested for a trip into the city the next day to the Guggenheim.

Now, notice that the subject line was New chicken recipe.  Throughout our email conversation, we did not change it once, tho we progressed from chicken to food coop, to illness, flu shots, blood sample, granddaughters and the Guggenheim.  And yet, the thread was there, we weren’t confused as to the content and we spoke to each other like we would have in person.

What’s the feeling out there?  Should a subject line be changed each time a different topic comes up? I dunno.

Just wondering, and would love to hear from you, my reader about those topics.